In a quest for the History of MDGS, I had sent a e-mail to the late Lee Parkhurst and below is from some of the e-mails she sent to me.

It all started with a group of 4H leaders. “Society for the Improvement of Dairy Goats” in Allegan county. As Lee Parkurst recalled, 1963, Harvey Considine did evaluations at Kathy Kridler’s farm near Bear Lake. Lee was there with her French Alpines, Kathy with her Saanens, Leo and Fran Walker with there Nubians as well as Russ Gibbs with his Nubians. They were a club at that time.  The group folded in the late 70’s and those who wanted to raise purebred goats and show at santioned shows became MDGS. Lee served on the MDGS Board for one year but the drive to Lansing from Paw Paw at night, 3 hour travel time was too much for her.

Alex Hall was behind getting the first DHIR test group going.

THE BIRTH OF AN ORGANIZATION AND THE FRAMING OF A CONSTITUTION

Our fore fathers set forth unto this great State of Michigan to form a new organization,The Michigan Dairy Goat Society (MDGS)

The original founding fathers were:

This original group developed a Constitution with the “purpose of promoting the breeding and improvement of dairy goats and to promote the use of goat milk and its by-products.  We as an organization can and must influence more activity with goats in 4-H work.”  The group further felt it was important to promote and exchange information with goat breeders on such issues as feeding, milk testing, judging, and herd health management.  This group was dedicated to embrace the relationship with Michigan goat breeders and Michigan State University (MSU) staff.

The purpose of the Goat News was formed as a desire to share goat information, aid in the promotion of the MDGS.  MDGS will share information about shows in the Michigan area, interesting things happening in the area of goats, and promote the social gathering of individuals with similar interests.  Share information discovered about the care or feeding of goats, construction of milk stands or pens, successful results of worming, or giving tonics to goats.

The founding fathers felt it was important to develop a linkage with MDGS and MSU with “Farmers Week.”  This event was held at MSU annually.

The first MDGS meeting was held Feburary 1, 1961.  The decision of the group was to link the MDGS Annual Meeting with MSU “Farmers Week.” in Lansing.  At this first meeting in 1961 there were three educational speakers.  The first speaker was Dr. J.M. Jensen – speaking on the Importance of Good Goat Milk Flavor.  The second speaker was Mr. L.A. Johnson from the MSU Dairy Department – speaking on “Milk Production Testing Programs” – DHIA, DHIR, HIR, AR, owner sampler, and weigh-a-day-a-month.  The third speaker was Professor O.F. Huffman from the Dairy Department, spoke on “Feeding the Goat Herd.”  He explained the goats ruminant system, and how to maintain a healthy goat.

The first draft MDGS Constitution was developed at the March 20th, 1961 meeting, and presented at the next general meeting for approval.  It was decided that the directors would work in coordination with 4-H and FFA departments to aid in the improvement and promotion of dairy goats in Michigan.

At the April 15th, 1961 meeting the general membership approved the New Constitution.

The MDGS group vested to ensure dairy goats would be included at the 4-H Michigan State Fair for 1962.  The group decided to use the year to prepare youth for the fair and prepare a credible show.  Promote county fair youth shows, encourage proper recordkeeping, and educate the youth and adults with care and management of dairy goats.  The Michigan 4-H Dairy Goat Project Book was available to help inform youth on showing as well as explaining the various breeds.

Hosted at the MSU Judging Pavilion

MDGS historical archive information is important to understand why and how the organization began, developed, and flourished for over 55 years throughout the State of Michigan.

Article 1
The name of the corporation is: Michigan Dairy Goat Society

The purpose or purposes of this society shall be to improve dairy goats through education and
better breeding, and to promote the use of goat milk and it’s by-products.

The 12 board of directors named in the articles of incorporation were:

Back in the 1970’s Goat clubs were popping up all over the state of Michigan, mostly to sponsor Goat Shows. A sanctioned show was held almost every week end somewhere in Michigan. The MDGS Annual Show was born, now called the MDGS Annual Show Spectacular. From the 70’s, the Michigan Dairy Goat Society remains in Michigan today.

The highlight of the Michigan goat year always being MDGS Spring Goat Day. Until recent years it was held in March at the MSU campus in Anthony Hall during ANR week. Those from surrounding states and other clubs would attend the event where many well known speakers from around the United States would be featured. Vendors from around the country would setup to sell much needed and sought after goat paraphernalia. As many as 300 attended in the peak years. Always a fun filled day with old friends and new friends.

While times have changed during the years ,and many who envisioned the goat industry years ago are gone today, MDGS Spring Goat Day remains to be a educational event for everyone. Whether you are just thinking about goats, just got goats, had goats for years or don’t have goats anymore, there is something for everyone at Spring Goat Day.

Any contributions to the History of MDGS we would greatly be appreciated. 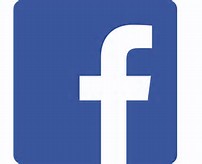